Your ‘Poor Me’ Attitude Is Making You Poor

Do you have a “poor me, poor you, poor everything” attitude, and is that actually making you poor?

There’s this idea that when somebody has something unpleasant happen to them, they get hurt, they get divorced, or they get fired or an unpleasant situation comes to meet them [insert your own situation here], people meet them with “oh poor they” “poor him”, “poor her”, even directly sometimes, “oh poor you” reaction. And that is the world’s idea of what being compassionate means.

Now let’s see, does this really help? This is one classic example of words actually using us instead of us using words. What is actually happening inside of us? What do we believe and what do we utter, what do we express at that moment? We think “poor him” and even say directly to them “poor you”. We actually believe that the person is, as we say, “poor” because this met them, because this happened to them and you notice the wording: it’s all affirming that that person in the situation, is a victim, is at loss, is a loser and they’re poorer than they were before.

Essentially, we only see it as a “bad situation”. We think nothing good comes out of it and we all unanimously agree that this is a thing that is undesirable and it’s almost worthless when it happens. In other words, there’s nothing more on offer here. It’s done, it’s bad, nothing to learn, nothing to gain, period.

Now, the thing is that if somebody’s in a victim mindset and you approach them like that, they will be temporarily soothed and they will think that that is what they actually want. They have deeply rooted into them “everything happens to me”, “such stuff always happens to me”, “you know I’m always in these kind of situations”. They are usually low self-esteem and self-worth people that immediately interpret everything as something as a statement to themselves (and usually a bad statement to themselves) -and notice how I said “bad”. This is not how it is, but this is how they view it. There could be a negative situation that comes along but, still, something productive could come out of any and every situation.

Now, seeing everything as negative is a very human state to be in, and a lot of us are actually finding ourselves there because this is what we’re fed constantly through media, through advertising, through marketing, even through our families that were in a consciousness level that was much lower to the one that we have today. Everything is happening “to” them. And that is because the person is so used to coming from their lower self, their smaller self, the shrunk self.

And that attitude is actually not what’s going to lead them to the results they want, the version of themselves that they want and that’s not going to uplift them. It could be a temporary very short-lived soothing they receive, very much like grabbing junk food or sweets at the end of the day, and it’s a very short-lived gratification that only leaves us feeling even more depleted and even more guilty and helpless afterwards. That’s exactly the effect saying “poor you” is going to have.

This is the first key: What is your default reaction when stuff happens to you? Do you first fully let it in? Do you feel safe within yourself and stable enough for everything to come to you? When positive situations come to you, do you let them in, or are you still in the defensive somehow? Do you let compliments in? Do you legitimately receive?

In negative situations, when they meet you in real time, do you get reactive? Do you straight away go to chanting within the mantra: “oh my god, here it comes again”, “these things always happens to me”, “poor me” and start pitying yourself? Do you start feeling helpless and essentially belittling yourself?

So, how is this attitude actually making you poor, you might ask? Ask yourself, what version of yourself are you nurturing in moments such as these described above? If compliments and good things meet you and you don’t fully receive them, what you are communicating to yourself is that “I don’t deserve this”, “this is too much”, “I’m way less than that” and therefore “that is not for me”.

Respectively, in a negative situation, you’re essentially labeling what is happening as unpleasant, undesirable. You being unable and incapable to face it, you shrink more, that is why you be-little yourself. You make yourself small, you make yourself little and only little things and small situations are the things that are actually for you. This is what you’re affirming and confirming to yourself and to everybody around you.

Everybody is interacting with you by following your example on how you’re interacting with you. So, you see what’s happening here. You don’t let in a lot of the positives or you are making them even smaller, smaller, less celebrated and with a smaller involvement from your part.

Now, what if you actually “transcended duality” and you were your own magician, your own alchemist, and really just plain intelligent and you just saw that what happens out there is simply what happens out there? It doesn’t actually come with a description, it doesn’t come with a flavor, it doesn’t come with anything. It’s just a situation and how you are choosing to interpret it and how you’re choosing to receive it, is the very thing that gives it meaning. In other words, it doesn’t come with a meaning of its own, but you appoint meaning to it. And what, if you decided right here, right now, that whatever met you and whatever meets you is always in your favor and therefore everything is actually good, in that way, everything is positive?

So, what this means is that the positive is positive and the seemingly negative is also positive. What does this actually mean? Does it mean that you can’t lose? Does this mean that you only and always have things to gain? This means that when a seemingly challenging situation comes your way, you get better, you learn things, you receive it as a chance to level up. Just like you would in a game, you want challenges to find you so that you can level up. If you just walk around in the game field, you’re not going to actually enhance your quality of life. Sometimes, if you want to level up fast, you’re going to be the one that goes out looking for the challenge. So, that mindset is the thing that actually is going to make you wealthy. You’re going to always be the winner, you’re going to cultivate the perception by asking yourself and finding the answer of what is productive, what is profitable for you, what is beneficial for you in any and every situation and, therefore, all you can ever do and all you ever are doing, is winning! You win-win-win, no matter what!

So, my wish for you is to always find what’s beneficial, what’s elevating, what’s uplifting and what’s profitable for you. And, if that is true for you, it also will be true for the rest of the world.

Love, and wealth in love! 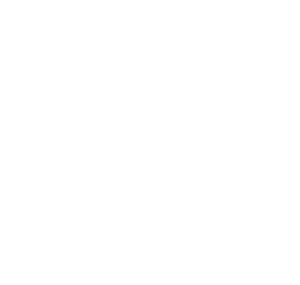 GET THE WEEKLY DOSE OF INSPIRATION YOU WANT

The Rules of the Mind – Part 1
Scroll to top

A gift from me to you, because you deserve it.

21′ to perfect relaxation are now yours, whenever you need them.

Indulge in this relaxing audio, as a break between tasks, after exercising, or when stressed, to create more comfort, pleasure and ease in your life. Enjoy!